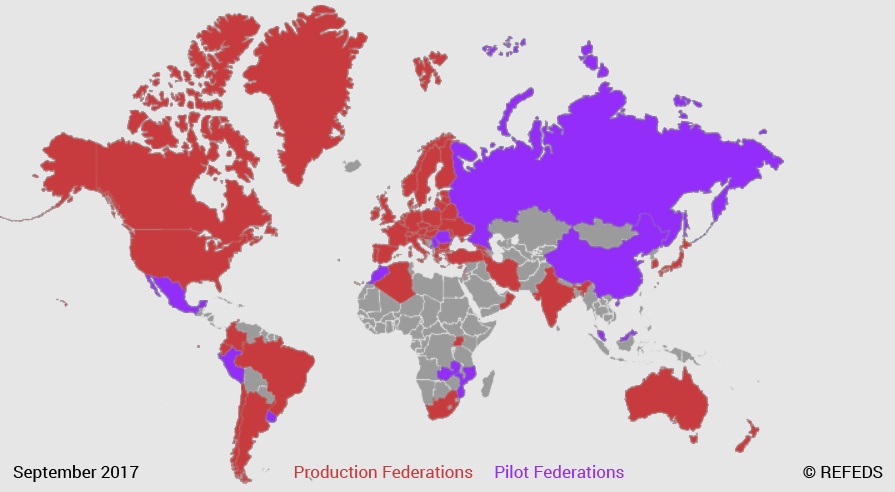 Other Types of Federations

There are also federations, which are not operated for members within a single national country but for members of a particular community. One of the first such examples is the CLARIN Service Provider federation, which is operated by the language researchers of the international CLARIN research project.

How many academic identity federations are?

eduGAIN is a service that interconnects the participating identity federations. They agree on a set of common standards and policies which ensure interoperability. eduGAIN is therefore also called an interfederation service. Its goal is to enable Pan-European Web Single Sign On (Web SSO) for members of the research and education community.