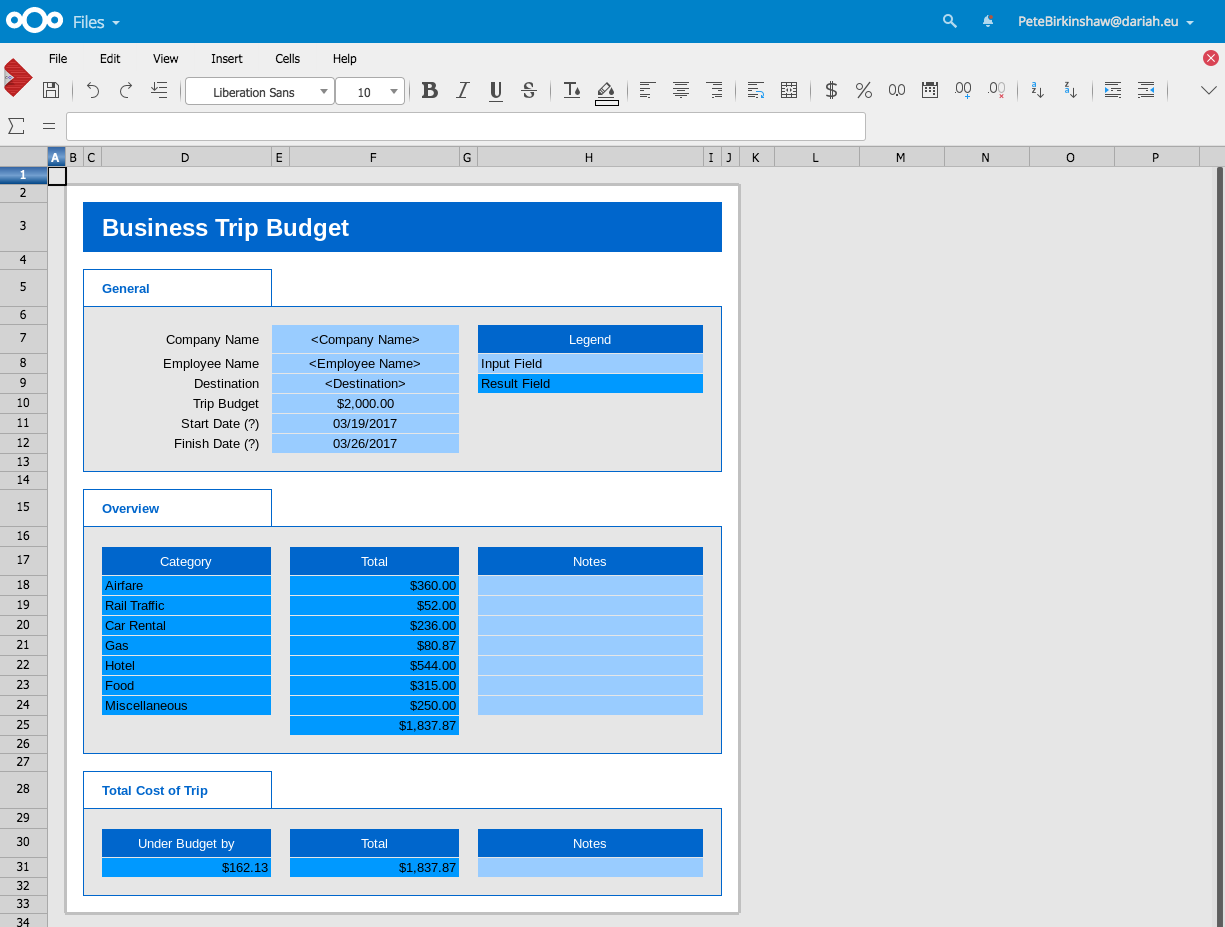 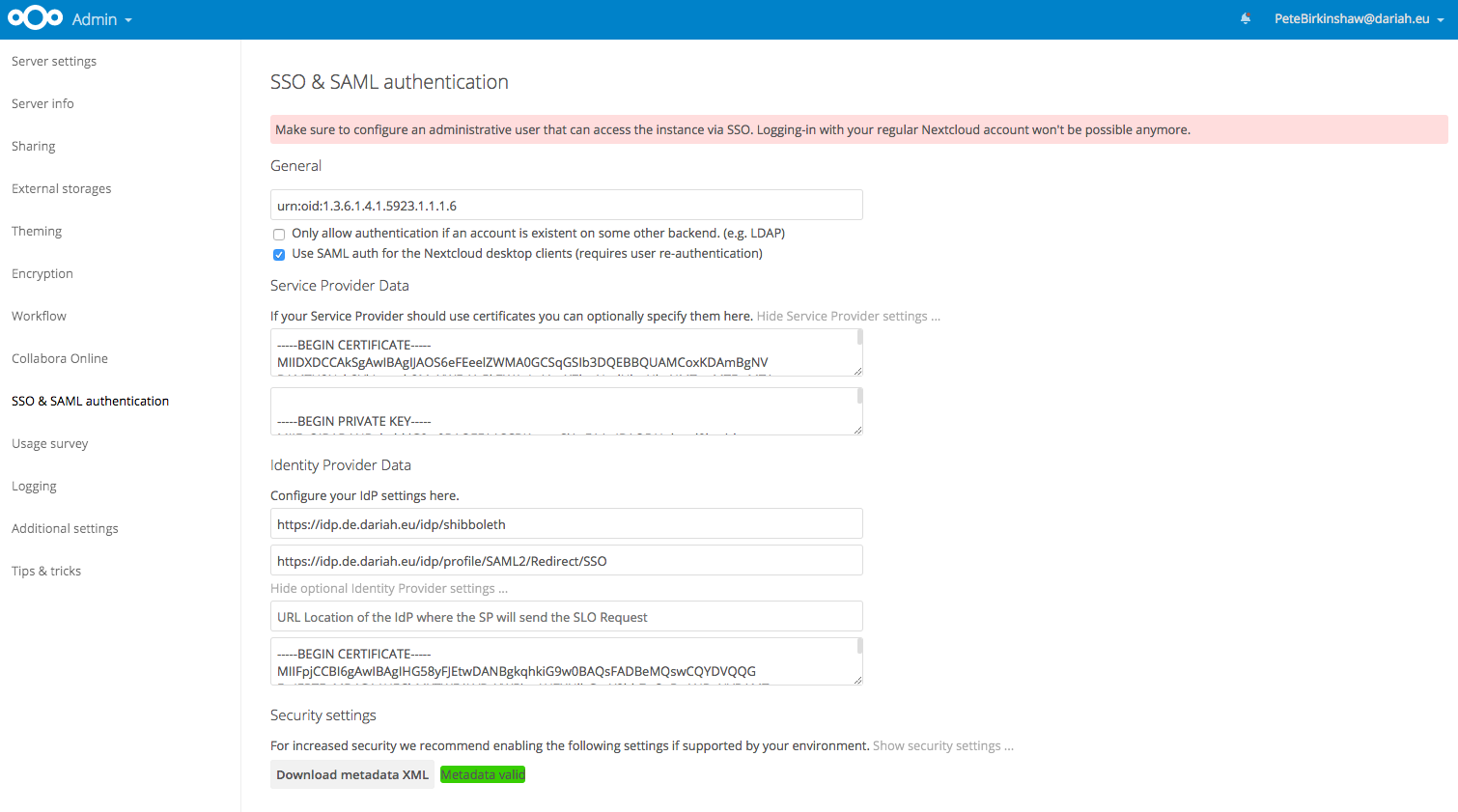 Configured using NextCloud's built-in SAML to connect to one IdP as if used by a single university or research community using a proxy IdP.

Keys were created using the Shibboleth SP keygen tool and pasted into the configuration form in NextCloud. EPPN was used for NextCloud usernames (identified by URN) 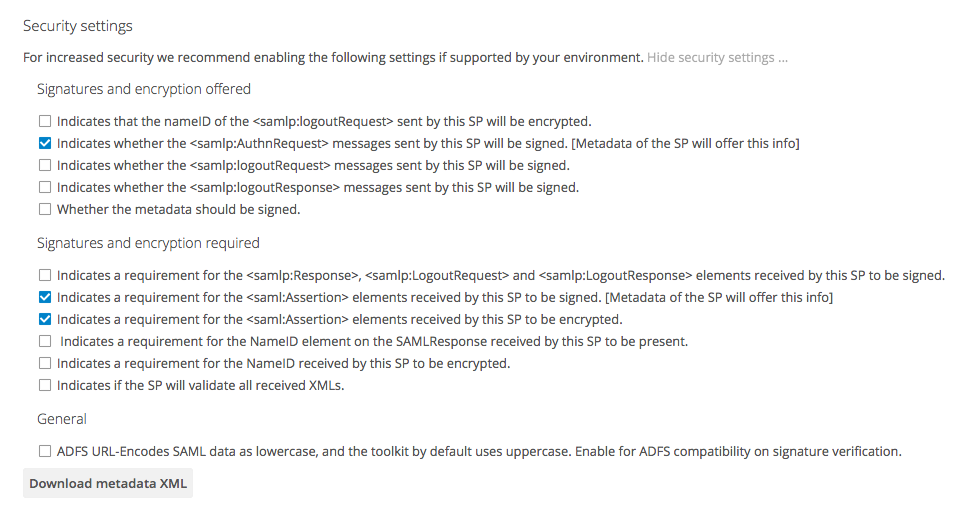 Configured to use a single IDP, using the external SSO plugin and a conventional Shibboleth SP. NextCloud was configured to search an LDAP directory for records matching the SAML-authenticated user's EduPersonPrincipalName. LDAP was also used to discover which groups a user was a member of. These groups can be used for access control.