A common requirement for research organizations is to provide access via SSH to command line tools hosted on Unix-based systems. Provisioning and deprovisioning the accounts required for access, and leveraging the researcher's existing credentials to authenticate the access, are common challenges in providing this access.

This section assumes that each component is already installed and configured for basic connectivity.

The following schemas must be enabled on the LDAP server, if not already enabled:

First, set up a suitable enrollment flow for onboarding participants. Various configurations are possible, but a typical configuration might be Self Signup With Approval:

Finally, configure a provisioning target using the LDAP provisioner. Enable both posixAccount and ldapPublicKey objectclasses, but be sure to read the notes in the documentation for considerations and restrictions.

Configure the VM to read account information from LDAP, according to the installed distribution and local requirements. Here are some pointers:

Video on this work 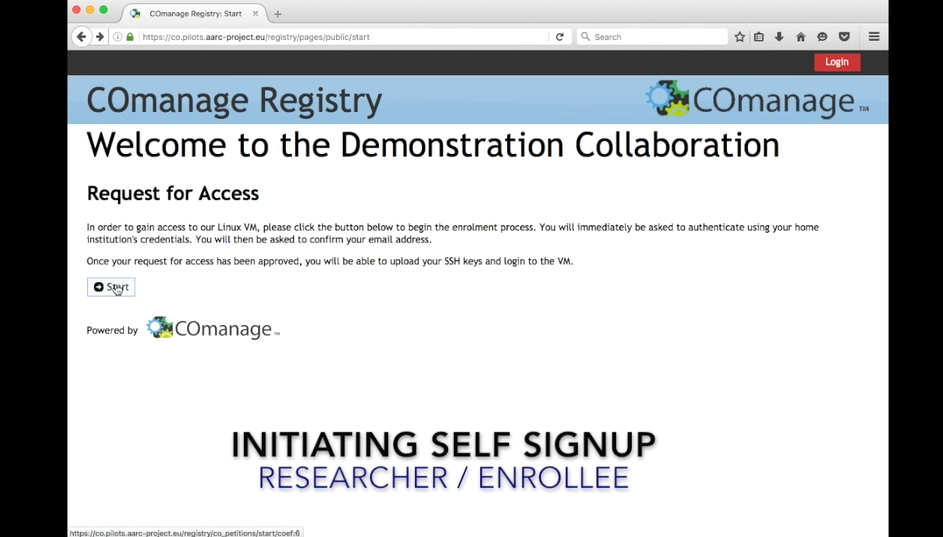