The latest incarnation is a cloud-based set-up which uses Wowza Streaming Engine to relay a video stream to YouTube and takes advantage of the new Youtube Live features to deliver the content to users. 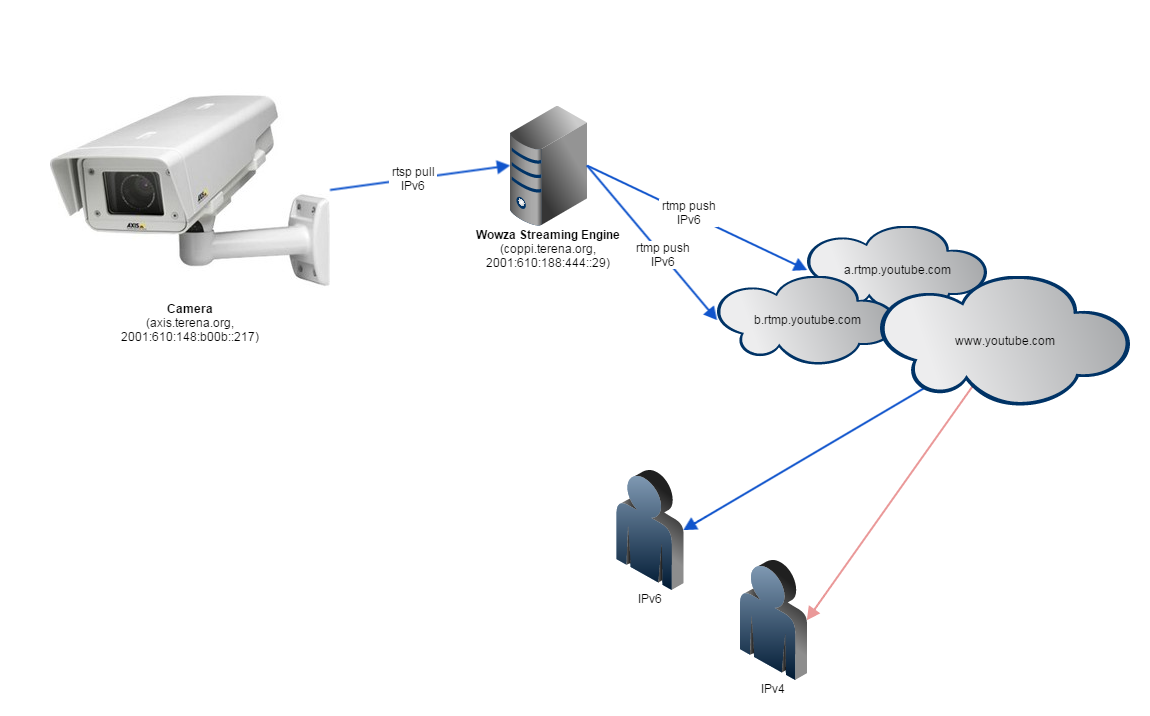 It runs Wowza Streaming Engine software (WSE). We have a perpetual license for the software. The management interface is HTTPS/Apache.