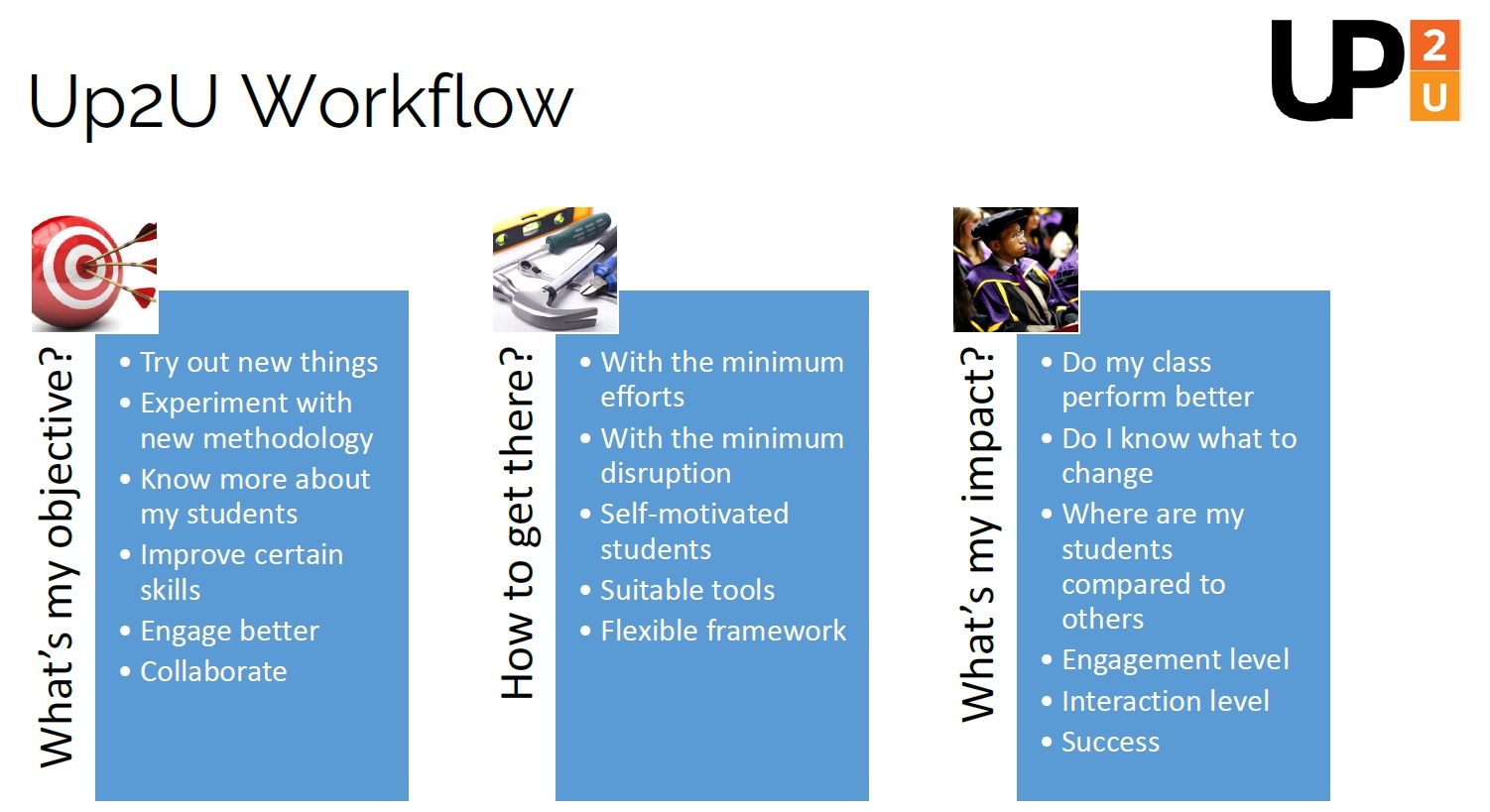 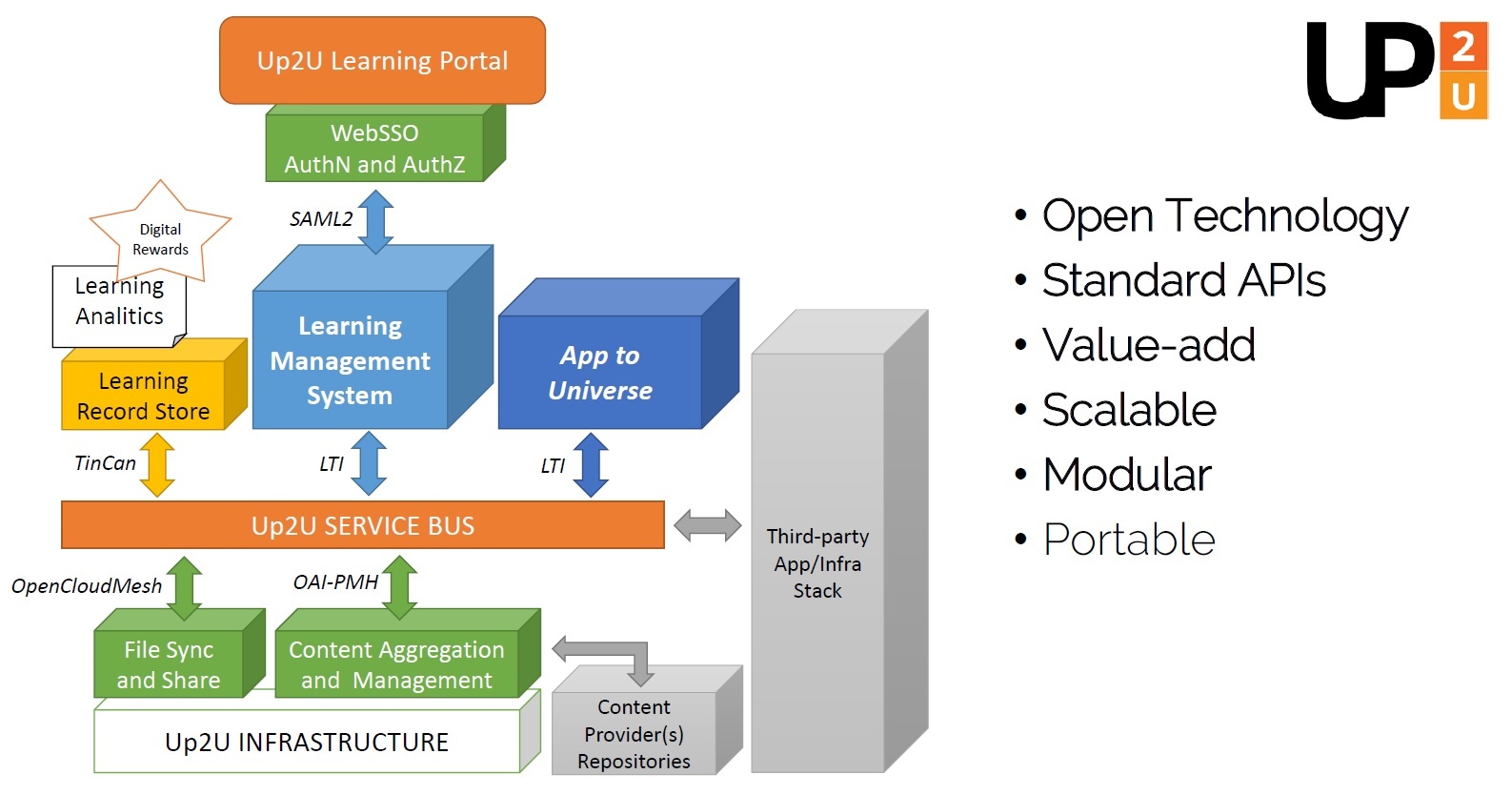 Public list of actions from the closed Up2U Board Meeting

1) Up2U objective and key results (OKRs) must be defined, all work packages should have their own OKRs linked to the Up2U OKRs and also cascaded down to the task level. Progress should be measured.

2) Board should meet face-to-face at least once a year. Board should attend the MT meetings at least quarterly to get some first-hand insight into the work of the MT.

3) The Board encourages the MT and the WP leaders to achieve more cross-pollination between WPs and better communicate downstream. Not only Trello but private Wiki spaces are needed per WP to collect consolidated information.

4) The Board encourages all the partners to comply with the quarterly financial reporting practice.

5) Peter to start the process of reviewing and rearranging budget for partners. Partners' contributions to WPs as well as travel budgets must be fixed.

6) WP5 leaders to organize a meeting with the Board members and explain/clarify the purpose and structure of the SMC.

Misi (NIIF/KIFU) talked about the GÉANT TURN service pilot that is a distributed and federated STUN/TURN server infrastructure for easing firewall and NAT traversal for real-time traffic (audio, video, data).

The GÉANT TURN Service can be configured as externalized functionality to any commercial and community-built WebRTC and Voice/Video Conferencing solution. It's fully maintained by R&E and resides in the R&E networks. We can guarantee SLA and monitoring on the service that is a value-add.

Assuming that Up2U will have an embedded WebRTC-based real time communication component, the GÉANT TURN Service would be an ideal way to solve firewall and NAT traversal issues in various network conditions.

- ACTION 1 on Ilias (WP3) to include the GÉANT TURN Service pilot in the Up2U architecture design as a potential solution.

Stefan (UNINETT) showed the open source WebRTC front-end application that he is working on. This could be used as an in-context communication tool for Up2U if integrated with the LMS platform.

- ACTION 2 on Allan (WP4) to investigate what WebRTC.based tool can easily be integrated with the current Moodle platform to provide instant real-time communication option for the users. Think about the example how Trello integrates Google Hangout to each board. We need something similar to each class in Moodle.

Michal (PSNC) gave a presentation about the CDN pilot. We did not promise that we'll have a CDN, we said we'll investigate and decide. We need a concrete use case for our Up2U CDN that we can validate via large scale tests. E.g., cashing content from schools' local repositories (if any) to be able to deliver them faster where they are needed.

It was mentioned that big commercials (Google, Akamai) have their chancing nodes in the R&E networks already. Janos (NIIF/KIFU) suggested that we should talk to them to cache our Up2U content too.

No conclusion, further investigations are needed.

Kostas (GRNET) talked about the adoption of the eduOER concept for Up2U. eduOER is a metadata aggregation hub only, it does not deal with the content. Repositories can be connected to the hub and share their metadata that can then be exposed to the Up2U platform currently via the PuMukit portal and its Moodle plugin.

Up2U has its own eduOER instance that is separate from the GÉANT eduOER service instance!

It was agreed that other than the national K12 related repositories other thematic repositories (cultural, historical, linguistic, etc.) should also be connected to the Up2U eduOER in order to support all disciplines.

It was agreed to include not only multimedia but all possible content types. In case of multimedia, it was agreed that we prefer shorter Learning Object type resources rather than the longer lecture recording type content (that can be stored in the GÉANT eduOER service anyway).

Do we need our Up2U repository or not?

Discussion repeated from the Amsterdam GA meeting. Recording tools integrated into the U2pU platform should be configurable to choose where they store recorded content. In principle, Up2U does not want to deal with all the legal consequences of storing and managing content.

In the early pilot phase, where the Up2U platform will be hosted by the project centrally as a cloud service, we should not provide a central repository but encourage users to choose the public or private repository that they like and connect up via eduOER.

In the later pilot stages, where the Up2U platform will presumably be replicated and deployed on local infrastructure, a local repository function may be beneficial. To be discussed further.

Enrico (CERN) talked about the EOS/CERNbox/SWAN software stack and its portability. Docker files will be made available so other infrastructures such as PSNC can deploy it. It was agreed to try and adopt some use cases where Jupyter NBs can be used in a secondary education context.

Marco (UROMA) talked about the U2pU surveys for schools and universities. There is a natural resistance to technology in many cases... Skills are needed for teachers and students to use Up2U. We already have 13 teacher profiles. Consolidate profiles and offer customized solutions.

Surveys are ready to go out in the pilot countries... translation and coordination are needed.

- ACTION 3 on Marco (UROMA) to coordinate the surveying exercise not only in Italy but also in the other pilot countries too. Talk to the community managers in the pilot countries, get the surveys translated to local language (if need) and sent them out ASAP!

This would be our first feedback loop to improve the current architecture design, work-flow and service/tool offerings!

She talked about the transition phase from schools to uni where the kids turn to young adults. Educational success creates psychological well-being. Degree is not the aim, just a tool to get a successful life.

Dealing with the problems in the middle of the first semester is already late. Up2U may enable to prepare kids already in lower education, bring ahead these practices. E.g., predict from LA who is ready for university!!!

Some messages that I captured...

Average teachers' age is 53yo There is no younger than 40yo.
Development of soft skills is needed via projects
Mixed age groups are good.
Interested in international projects. Share content and materials with partners abroad. Producer and consumer.
Always-on education

Integration makes the difference, so simple as embedding video into presentation!!! Don't have to leave the environment that you are working in.

Even in a technically well-equipped school Moodle is hardly used. Computers are average 5 years old. Uplink from PT funded by Ministry. NREN is not allowed to serve them in Portugal. They badly need help! Teachers are also IT staff!

Allan (OU) showed the Moodle instance running at PSNC. Travis CI is used for continuous integration and automated deployment from Github. Other than Github there is also a DuckerHub account for Up2U.
Contact Allan to get access.

There is a potential Moodle Theme for K12 context. Comes with a theme wizard so new users can easily familiarize themselves.

- ACTION 4 on Nelson (FCT) and Allan (OU) to give admin access to Nelson and customize the theme for Up2U.

Test instance should have the same look and feel as the production instance. We should fork the Theme and use our customized version everywhere.

It was agreed as a good practice towards all commercial/community partners to establish strong liaisons with them: Moodle, ownCloud, IMS Global, etc...

Moodle developer at IUCC to be added to the list. TinCan expert also.

- ACTION 6 on Allan (OU) to build the developers team! There are potential developers at OU, PSNC, IUCC, GRNET, TELTEK, ownCloud, etc.. We should gather them and mobilize!

The Up2U workflow for teachers should look like this:
1. Teachers decide what pedagogical model or novel teaching methodology they wan to experiment with: e.g, flipped-class, tutoring, project based learning, etc..
2. Up2U offers them some tools to support the chosen methodology. All tools are integrated to LMS and can be accessed/consumed from the main LMS platform.
3. Learning Analytics applied, so teachers can measure, analyse and understand how the new chosen methodology and the particular tools worked out in the end.

It was agreed that the Up2U architecture should be modular so functional elements can be swapped in and out as needed. We should not fixate too much on Moodle as our LMS. We have chosen Moodle for our early pilot stages to give the pilot schools something that they are already familiar with and the entry level is low.

All potential App integrations should be done via LTI (where possible) so the specific Moodle plug-ins will not limit us when moving to an other LMS. The Application Toolbox (aka. App to Universie) should be kind of a supermarket where users can select some tools to support their teaching/learning practice.

Vicente (TELTEK) showed the personal recorder tool via PuMuKIT. There is a PuMuKIT plugin for Moodle that is not officially recognized by Moodle, might be an issue in the longer run. Docker based PuMuKIT will be experimented with TELTEK.

We need a pilot plan/roadmap and a documentation plan! The Architecture Straw-man document should be a living document on the Wiki always capturing the latest status and agreed elements.

- ACTION 7 on Ilias (GRNET) to restructure, maintain and make available the Architecture Straw-man document (preferably via the Wiki).

The following pragmatic approach was discussed, as we need a "working prototype" of the Up2U platform (i.e federated Moodle plus some tools integrated) by M6 (end of June).

a) Hook up the Moodle instance at PSNC with the GÉANT SP Proxy via the appropriate Moodle plugin supporting SAML2 protocol. This would allow us to authenticate, at least.

b) Test the authorization and account management functions of Moodle to create classes and invite students (once authenticated).

c) Bring the experts together, Ralph (GWDG), Allan (OU), Michal (PSNC), also people from GARR, GRNET, SURFnet and discuss what can be our longer term solution to allow school teachers and students on the platform. In principle we don't want to handle login information and credentials (especially not for minors).

d) Externalize the authorization and group management function from Moodle. Investigate Grouper of any suitable tool outside the LMS to ensure future modularity.

- ACTION 8 on Allan (OU) at.al to progress with the federated login solution to Moodle and invite people for testing.

Investigate the Moodle integration of ownCloud. How to provision storage spaces to classes in Moodle? ownCloud developers should be on board.

From the users point of view, the landing page now should be Worldpress pointing to Moodle.

TELTEK personal recorder could be considered as an external tool provided by a commercial company. Figure out the commercial conditions and details. What requirements we need towards them. Let's use TELTEK as our internal pilot.

- ACTION 9 on Vicente (TELTEK) to design models and define requirements who third-party commercial (full-stack) applications can be integrated to the Up2U platform using it as a "delivery vehicle" towards the users.

We still need an internal, modular, integrated recording tool in Up2U. SeLCont of NTUA is there.

- ACTION 10 on Mary (NTUA) to investigate the SeLCont tool integration details with Moodle.

Enrico (CERN) showed an excellent example of how CERN uses the Jupyter tool for their student internship project. This use case can be adapted to a fully vitalized environment (i.e without CERN visit) using the same tool in Up2U environment.